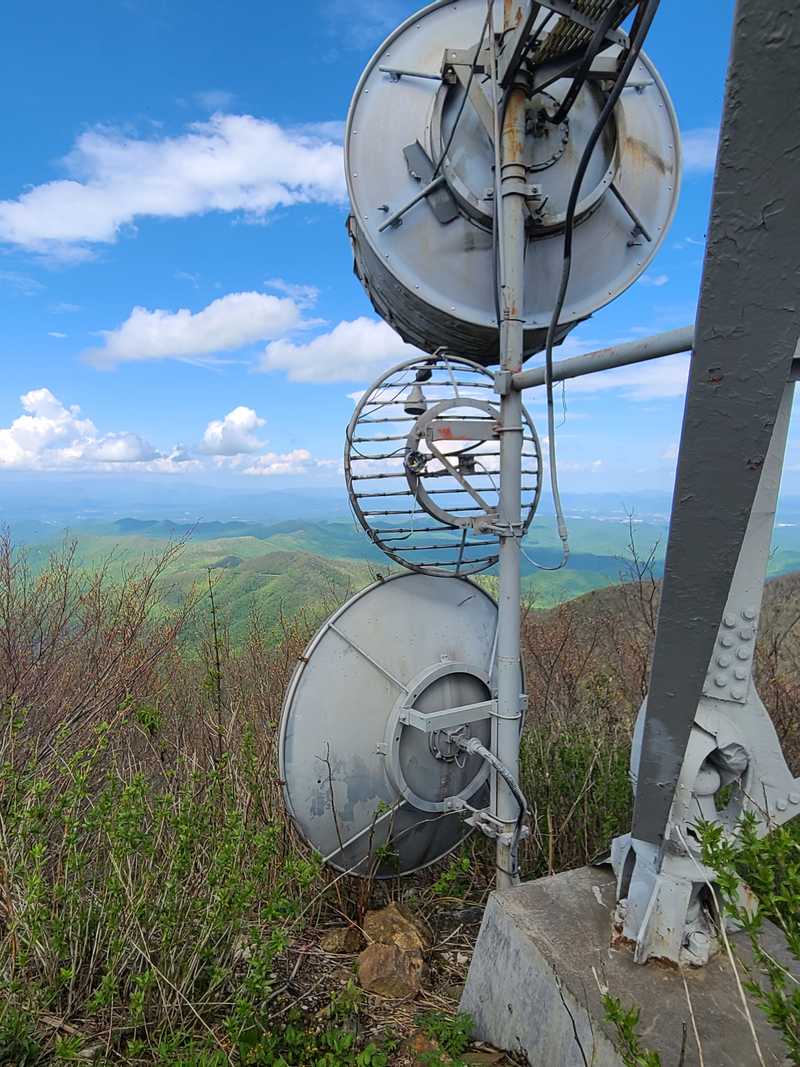 This write up has been a long time coming. One of the most famous runs in the southeast must be the Pitchell run and I felt that I should get a Pitchell finish before penning this writeup. After coming up short running with a friend in 2016, a self-supported effort, I decided to jump on the run one month after one of my failures. The Pitchell Run is a 100K-ish run from the summit of Mt. Pisgah to summit of Mt. Mitchell all from the mind of Adam Hill. It's been going on for over a decade and its such a great run to test yourself.

The start for Pitchell is a night start. Traditionally you start with everyone at midnight on the summit. This gives you 20 hours to summit Mt. Mitchell before the park closes. You really need to finish before the park closes so you have a ride out of the park since it's 5 miles from the summit to the park gate. I opted for an early start with some other guys and we started at 8:00 on the Friday night. THe nigth start may be one of the more difficult parts especially if you decide not to take off work and go to the trailhead shortly after getting off work like me. 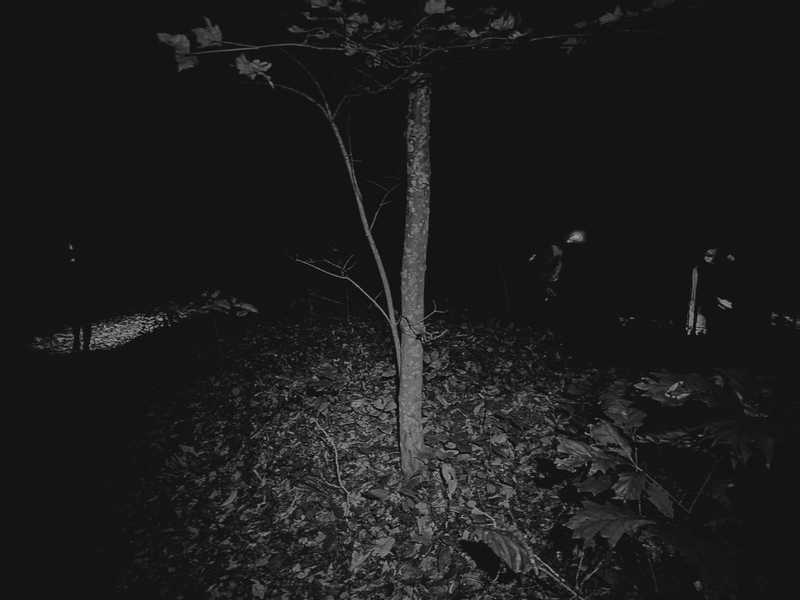 After you hike the mile or so up to the summit of Pisgah, its mostly downhill for a while. The first half is at night so other than a few odd things like creepy tunnels and a cow pasture, there's not much to describe. From Pisgah you have a net downhill all the way to Asheville. This part of the Mountain to Sea trail follows the 18 mile long Shut-In Trail. From there the trail will wind its way across highways and through intersections until you get to the Folk Art Center. This is the crux of the run because most runners will have a crew meet them there or leave a car with supplies. Getting to FAC is a big push, but then making the decision to leave is a whole other thing. After getting around 6k of downhill and another 2 or 3k of climbing in those 30 miles mixed with its early morning, anywhere from 5-8AM, you feel pretty beat up. 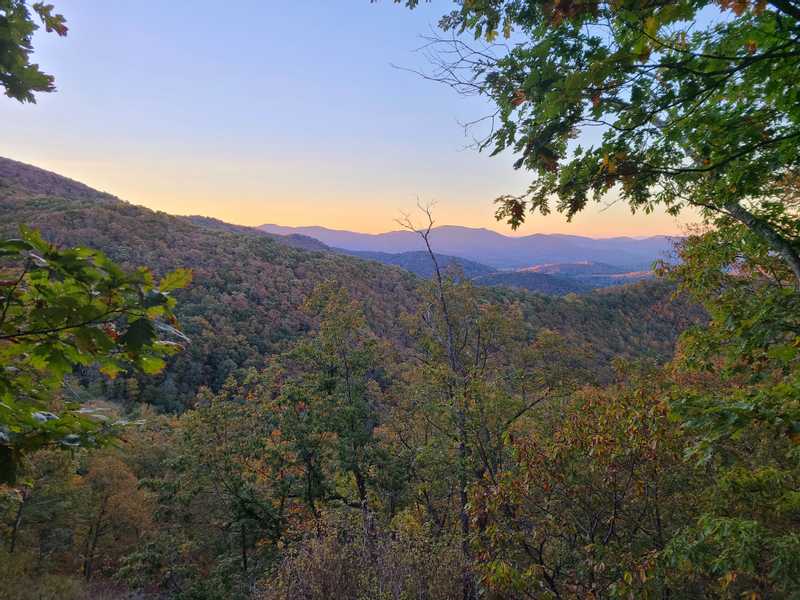 From FAC, the MST will cross the parkway multiple times and this is almost always in the dark. Eventually though, the sun will come up. It's different for everyone because everyone is at a different part of the route. For me the sun came up when I was climbing the switchbacks heading up to Rattlesnake Lodge. This was perfect because this section isn't too bad if you're feeling good and the sunrise gave me a big push. From there the run will continue through Lane Pinnachle Craggy Gardens the trail starts crossing the parkway again. 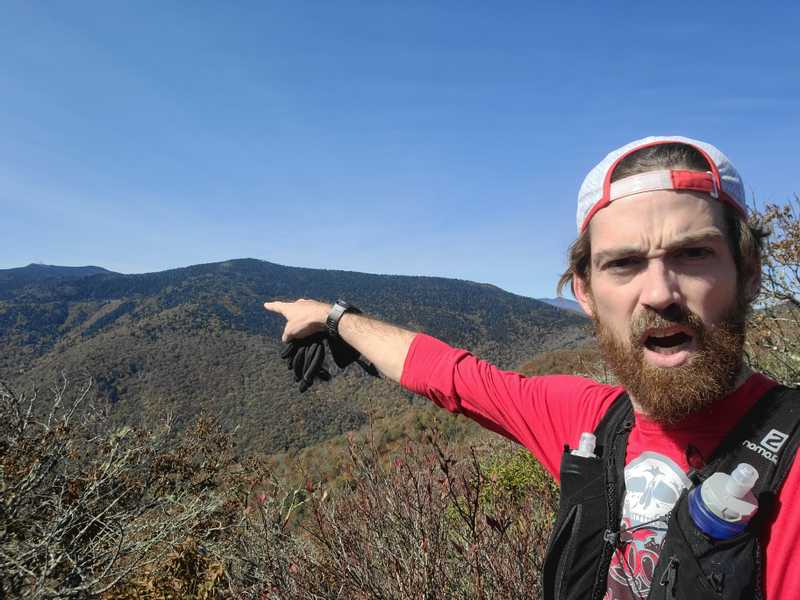 One of the really cool things with all the views is that you get to see alot of either where you've been or where you going. Somewhere after Graybeard Overlook, you get one of your first good glimpses of Mt. Mitchell - its a little intimidating thinking how much you've ran but also encouraging. From Graeybeard, it feels like you've done the worst, but Pitchell gets harder as you go. You still have what the locals have dubbed 'The Beast of the Blue Ridge' when you go over Blackstock Knob and it's your last bit of climbing before the state park. From there is a very runnable 4 miles and 1 gnarly big climb to the summit. Those last 10 miles are where you feel Pitchell the most - I think around 3-5k of elevation change in those 10 miles. 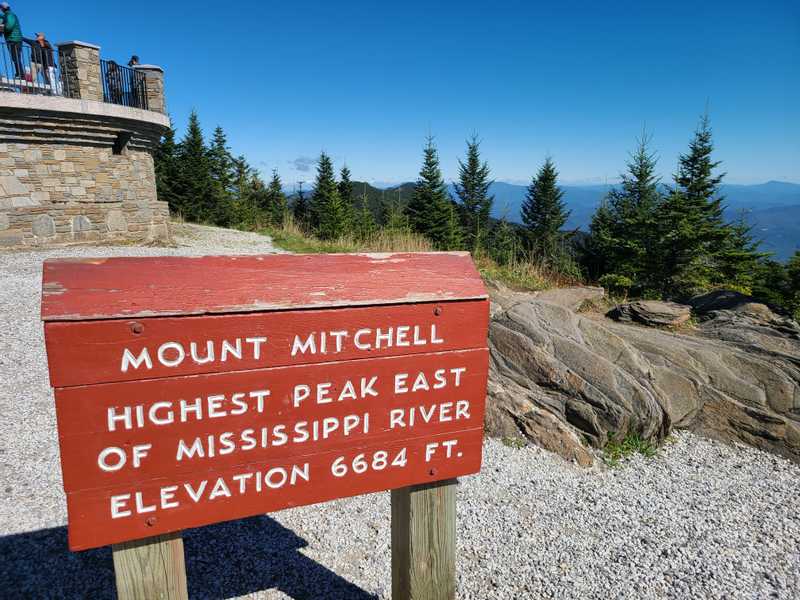 After going for this 3 times, I got my finish in 20 hours and 30 minutes. To be honest, I can't wait to do it again. Pitchell weekend here in NC is so cool and I definitely want to be part of it every year now. So mark your calendars and head up to the Pisgahs the third weekend in October. Thinking about an FKT, well its a burly 12:19! 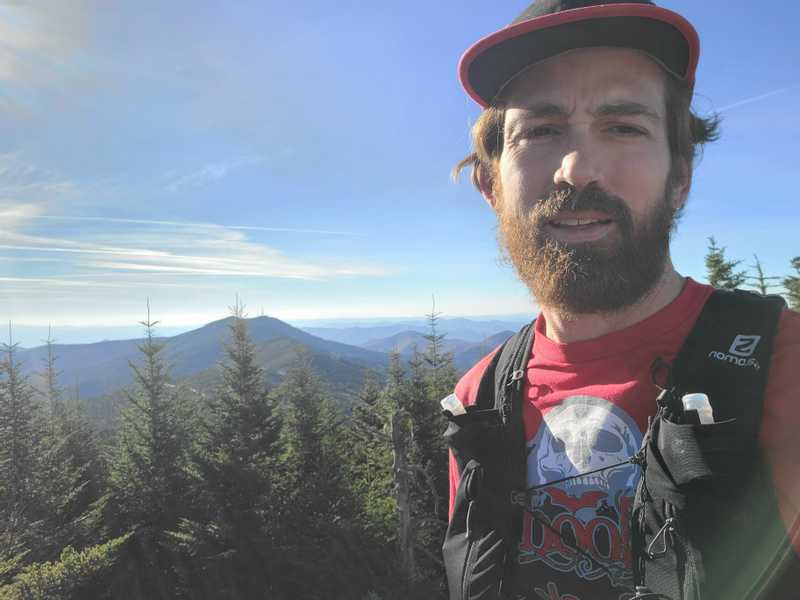