Checking In On My Self 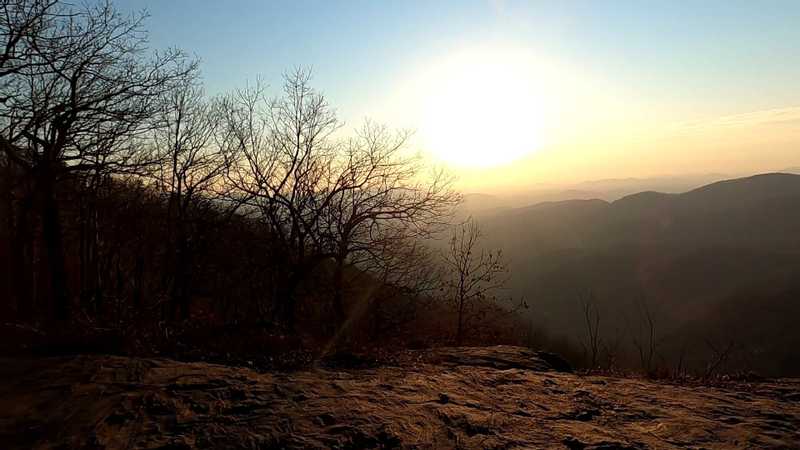 Most ultra runners and hikers get the question, "Why do you do this?" or "What's the point?". There are many reasons that I like to use my time and make sacrifices to run long distances. The one I like to go to is that I really want to see where that line of impossibility is for me. How far can I push myself before I think to myself, "This is it. I cannot go any further." I've had my share of times I quit during a run and never once was it because I physically couldn't do it or I ran out of time. Each time I made that decision, it was a matter of not being comfortable with being uncomfortable out on the trail. Well, that changed for me this past weekend as I quit early during an ultra. I'm going to take a quick look into what happened out there on the trail and then see how it can be fixed. When I'm running or hiking, I like to think that its a matter of problem solving to figure out how to get through an obstacle. Let's try it out. 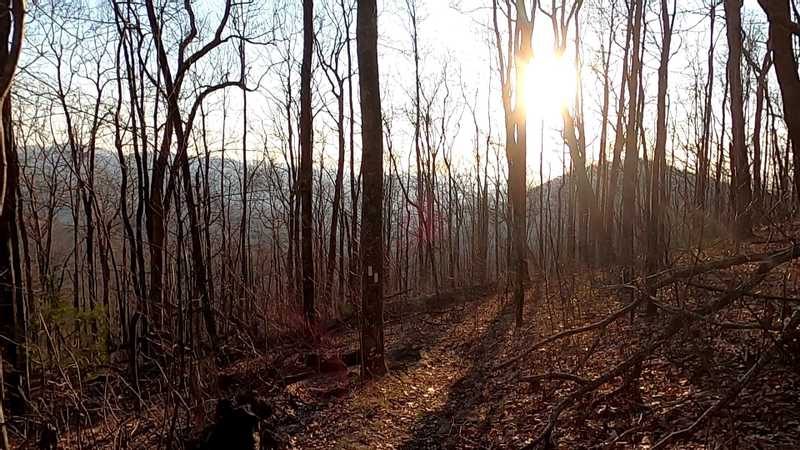 My plan was to run the Georgia Loop, all 57 miles...twice...unsupported. Yes, that would be 114 miles with almost 30,000 feet of climbing with no crew, no dropbogs, and no water drops. Now, I've done unsupported runs before. In 2021, I did the 57 mile Georgia Loop with one drop bag, the 70 mile S.C.A.R. with a single water drop, and the 73 mile Massanutten Loop unsupported. I had a good idea what I was getting into. I loaded up early on a Friday morning and started my run at 7:40 that morning. I was fueling well and feeling good about everything. Compared to how I ran Georgia Loop in 2021, I was doing pretty good. By the Duncan Ridge Trail I was 10 minutes up on my previous time and by Coosa Bald I had put 15 minutes up on my previous time. 15 extra minutes in 12 miles felt good.

Then, the run started going not to plan. From mile 12 to mile 17, I was not doing great. Now, to be fair these are pretty rough miles going from Coosa Bald down to Mulky Gap. Most people who have done the DRT will admit that. But it wasn't the trail that was beating me up - it was just me. I started feeling anxiety coming up and while I was trying to put it down I was being forced to take deep breaths. I don't get anxious or have panic attacks. I like to think that I can put myself in stressful situations and come out doing well. The only way I know how to describe what I was feeling was it felt like I was on the edge of something terrible was about to happen. I've gotten this feeling before during self-supported runs, but usually just push it down and move on. I distinctly remember getting emotionally overwhelmed during the 76 mile Foothills Trail in the middle of the night and during the 71 mile Massanutten Loop during the day. This time it got the better of me - I just couldn't shake it. When I felt that way for those 5 miles, all I could think of was getting off the trail and back home. I realized I wasn't enjoying myself and was having to stop to take deep breaths to control myself. When I made the call to stop, I felt a rush of relief and dissappointment. I was happy that I was making my way out and back to the car, but also wondering if this was my edge. Is this my breaking point and now I know how far I can push myself? I felt like I didn't know what was going on and that added to this feeling. 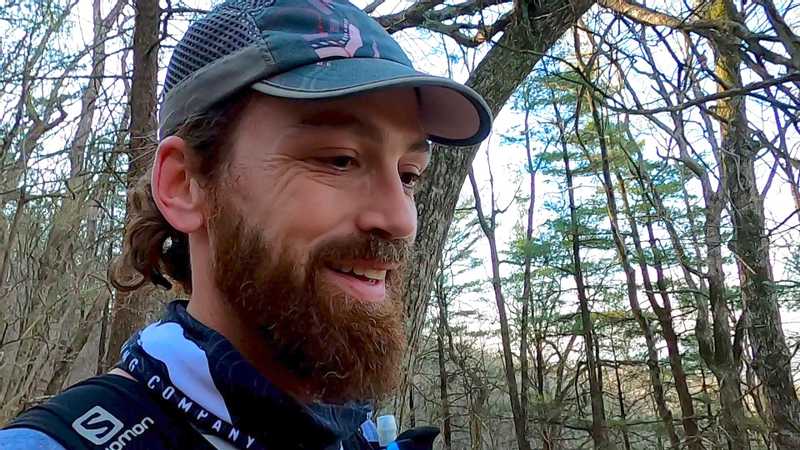 Mental health is not a popular topic to discuss among males and athletes. Growing up, I was always told to tough it out. We even tell each other that as runners. Push through these bad spots and you'll be happier for it. For running, it works out most of the time too. I've been in low spots before and when I pushed through - I felt better and was grateful that I had the motivaiton. But what we don't really talk about too much is the expectations we put on ourselves. As I'm typing this up for a blog that will also be posted on Instagram, which will also get tags for the companies that I'm an ambassador for...that's more stress. I tell my friends about my runs and they are eager to find out how I did. I have coworkers that ask about my adventures. We all do these kind of things. It's very healthy to do it too. But there is a point where it puts more expectations on us to perform. We see this with professional ultra runners. Look at Timothy Olson, Anton Krupicka, and now Gary Robbins. The elites sometimes get burned out and need to take a step back to take inventory and determine what they really want. It's about finding that balance.

Ok, so where to from here? For the past 8 weeks I've been training and trying to be patient with my goals. Winter settled in and I've been itching to get out there for some adventures. All I think about are maps and paces - more and bigger mountains. But when I had the chance, I fizzled out early. Here are some things that I think led to my ultimate disaster. Whew...here we go.

Own your confidence. I need to go after bigger goals like I've been training for them. I have been putting in some hard training miles for the past 6 months. I need to take that and add it to my confidence. I had a thought during the run that runs like these - the doubles that I call them (Double GA Loop, Double SCAR, etc.) - these doubles are so hard that rarely people attempt them. But thinking that way makes me feel that I'm not tough enough for these. I need to own my own badassery and rip up the record books.

Lower expectations. This doesn't mean changing my goals. I'm going to keep my goals high. It means for one, don't take it so hard when you come up short. If you're going for big challenges, then failure is going to be part of it. If you want to stay complacent, then don't dream big. Also it means I need to stop promoting myself before a big push. Going forward, I plan to keep them to myself - no telling friends, no putting it out on IG. Just me and the mountains. I love the idea of just dropping some epic route online. Like...hey check out how I spent my weekend.

Have more fun. Last year I had a crazy year. I finished Cruel Jewel 100 and Ouray 100. I ran 12 ultras on top of that. CJ and Ouray were some of my favorite races that I've ever ran - topping some epic adventures on the trail. Finishing Pitchell in under 18 hours was awesome. In these runs I had some low spots for sure, but looking back at these runs I would run any of them again and anytime. If I could run these tomorrow, I'd make it happen. Anyone need a pacer for these races? Pay for travel and I'll run the whole thing with you - I loved these races that much. 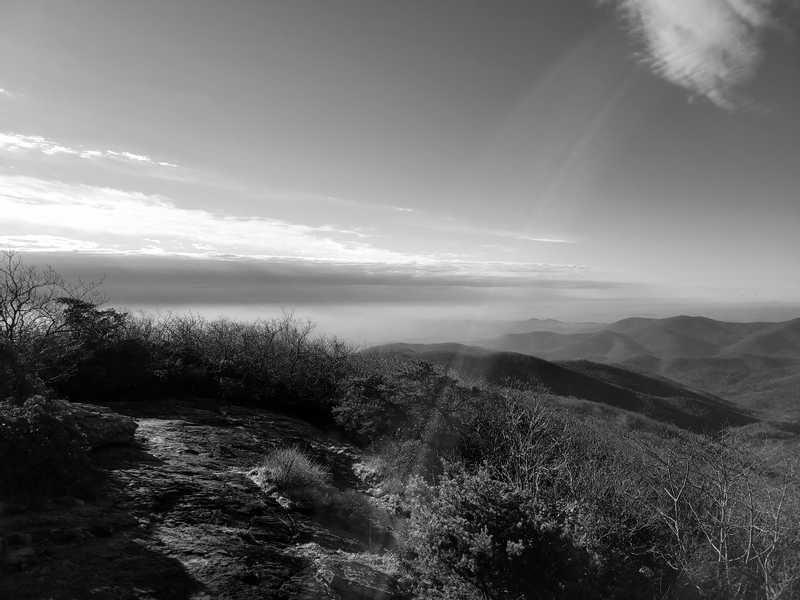 I'm not sure where I'm going next, but I'm hoping to put some of these strategies together to do better next time.

I want to read more!