What exactly is the Georgia Loop? The first time I heard about the Georgia Loop was when I was dragging my POS carcass across the DRT in the middle of the first Fierce Dragon 100 event. I was told about a loop that uses this trail and some other trails and I was thinking at the time, why would anyone ever want to do this? Fast forward a year and I found myself doing research on this loop and how could I tackle this one. The Georgia Loop consists of 57 miles connecting 3 main trails: Appalachian Trail, the Benton McKay Trail, and the Duncan Ridge Trail. After doing a few times and completing the Georgia Loop, I would put the Georgia Loop as a harder challenge. 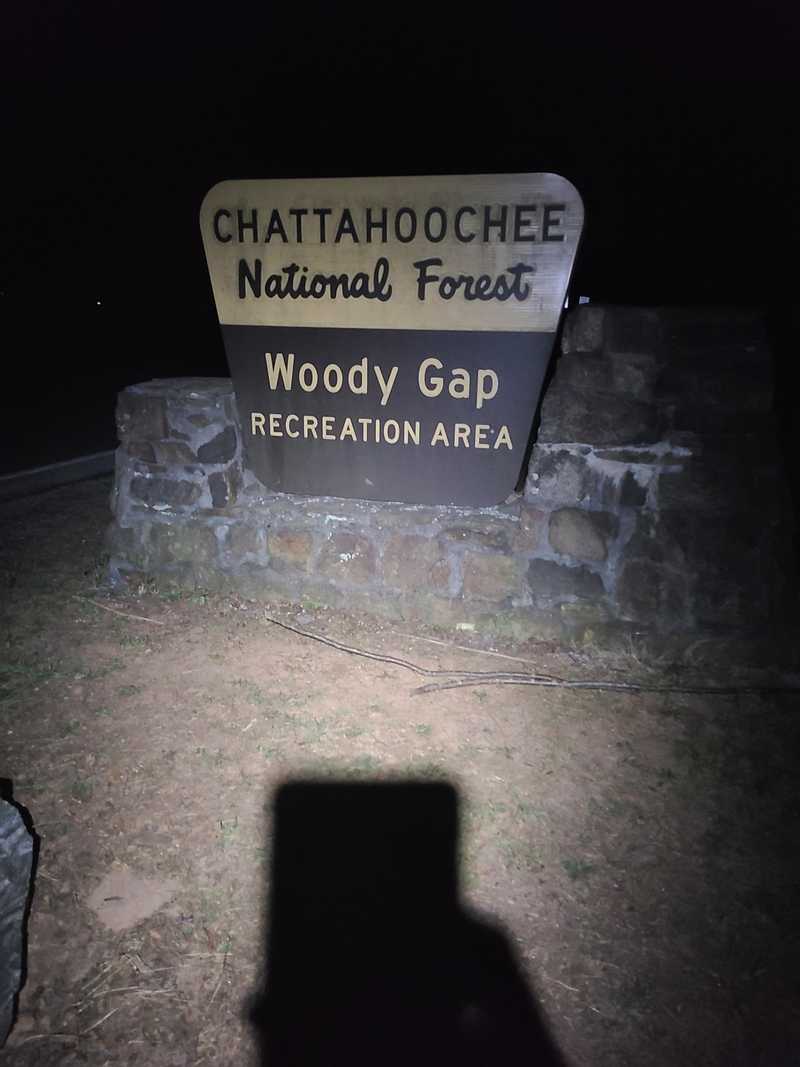 I had actually came down to Georgia and made an attempt a few weeks earlier and decided to pull the plug due to the crappy weather and my plantar fasciitis coming back. So now that I was mentally prepared for this, I drove down on a Friday ngiht after work and decided to hit the trails right away. My goal was to complete the drive to Georgia, the 57 miile run, and the drive back home in under 24 hours. With the drive around 3 hours that meant I had to run in 18 hours or less to reach this goal. I got to Woody Gap around 9:30 that night grabbed my gear and I was off headed counter-clockwise on the AT towards the DRT.

The miles were going by smoothly and I knew I was passing by some good views through the night but I was ok with it because I knew I would finish before the sun would set the next day. After finding the DRT intersection, I hopped off the AT knowing I had a fun ride ahead of me as I would be on the Dragon's Spine for some time. I had to climb to the top of the trail at Coosa Bald before going through a series of ups and downs. The DRT was what I was most familiar with after doing H9 and Fierce Dragon a couple times each. The one section I had to pay close attention to that was different than the races was to find the BMT trailhead and not head down to Skeenah Gap. After making the correct turn onto the BMT I thought that I was done with the worst part - I should never think that about a trail run. 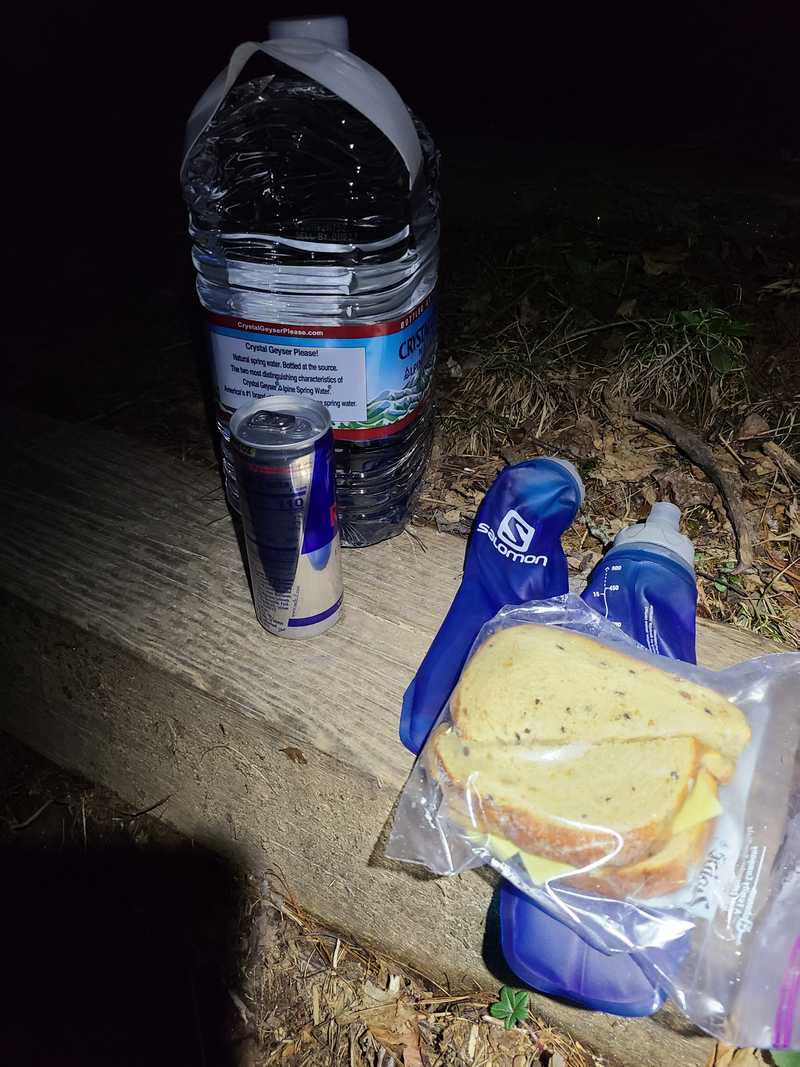 After going up multiple times and alot I finally crested the last climb and descended back down to the highway. Seeing the highway around 6 AM was such a sight for me because I had been going since I left my truck without stopping and without any supplemental food or drink - not even a water refill. Yes, I made the 29ish miles to that spot without refilling water. After refilling bottles, eating a little bit, I was ready to get back to it. The next section was probably when I felt the best: fast, runnable single-track and I was feeling good with nutrition. 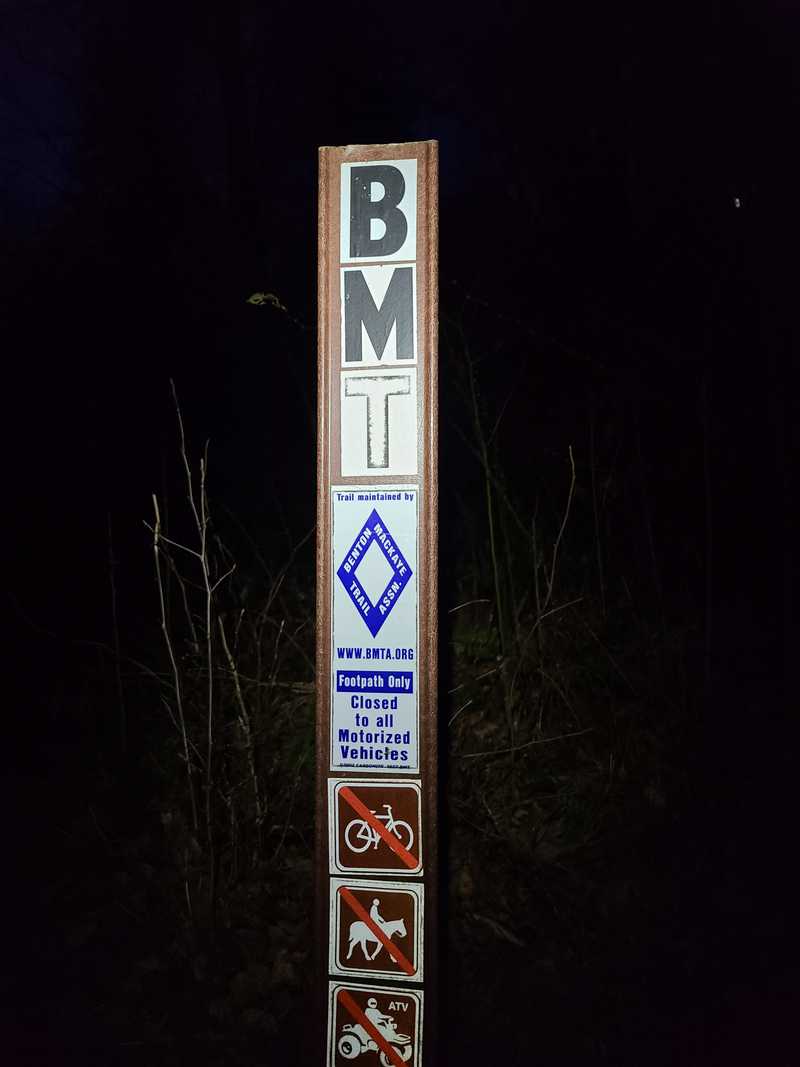 I've been on the AT before and know what to expect, same for the DRT. The one trail that was the mystery was the BMT. This run should not be a good sample of that trail, but after doing it, I don't ever want to touch it again, lol. I think I was just tired and behind on nutrition and that contributed to my hate for it. It was hard technically with its ups and downs, but then there were a ton of down trees, fallen limbs, and overgrown sections when I ran it. It made the DRT seem like the really nice section of the run - I actually had a time wishing this was an out and back run and I was returning on the DRT. 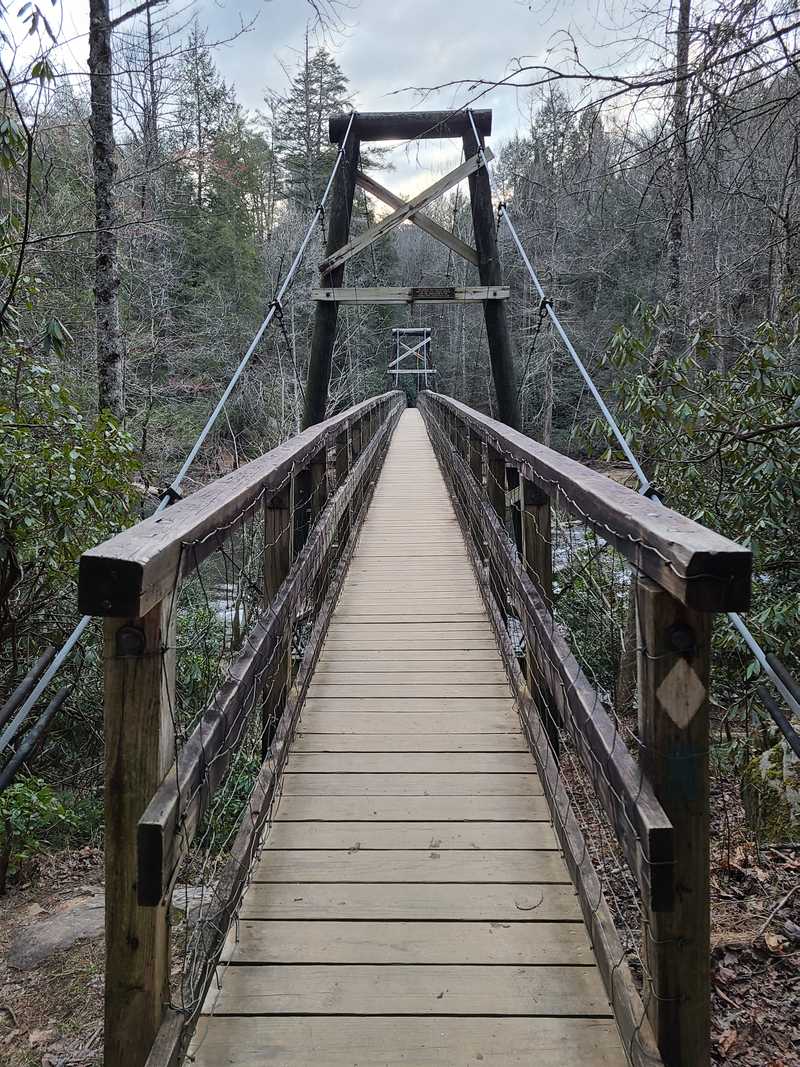 After climbing alot and descending alot - wish not really seeing naything special except for the one bridge crossing that I really liked, I was just about done with the BMT. I got to the intersection of the AT with very little signage. I was close to 40 miles I think and got to the AT and there was no indication which way was north and south. So after spinning around a few times, a thru-hiker came up. I asked him which direction was Woody Gap, which confused him more than seeing a guy in short shorts and a t-shirt with minimal gear on the trail. So then I asked him where he was coming from and he responded with Springer, so I made sure not to go the direciton he came from. That was my only conversation with anyone all day, and after that I realized that other people are probably having harder days than me because this dude seems so out of it. I didn't get his name or anything, but I hope he's still on the AT pushing towards Maine. 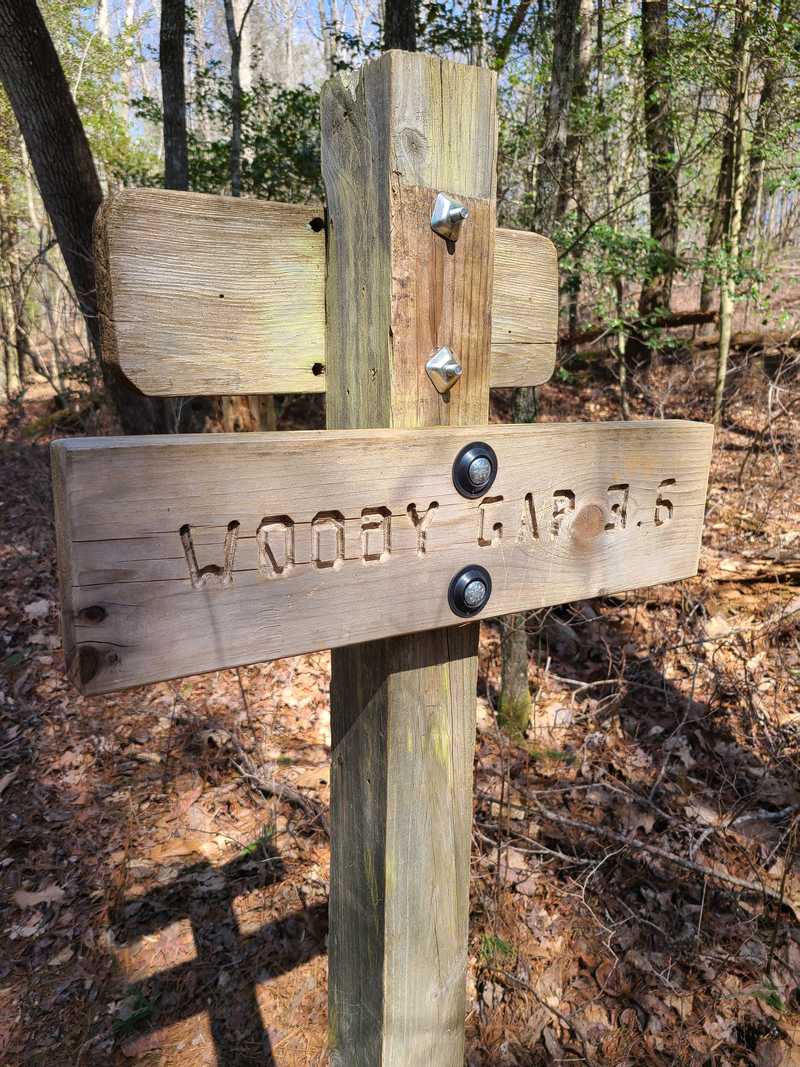 The rest of the section leading back to the finish of the loop was on the AT. It was a super fun section, but I wasn't having any of that. I was going through my own pains of being behind on nutrition and my feet chafing like crazy. I ended up pulling my laces as tight as I could to limit that which lead to other problems, but I was just pushing through the low points getting back to the truck. This seciton was where I passed the most hikers and backpackers. It was good feeling that I was almost done with my journey for the day and many of them were just starting their journey. And that's one of the things that helped me actually. I didn't get any sweeping views of the mountains or getting to see anything that wasn't brown and dead, instead I was sharing the trail with many people who were embarking on a journey. I was on my own journey and after thinking of it that way it pushed me forward more.

I wrapped up my journey back at Woody Gap just under the 17:30 mark - I had hit my goal of 18 hours. It was a gorgeous day out, so there were a ton of people hanging out in the parking lot either getting ready to hike out for a campsite or just coming back from a good hike. I immediately dived into my food and drink supplies guzzling gatorade and eating chips while I changed clothes. No glamor for fun runs, just you and the trail and that's it. Without blogging and Strava, no one would even know I was out there. The Georgia Loop was the longest self-supported run I've been on to date with time, over 17 hours, and mileage, over 50 miles. Before this was 47 unsupported miles on the Foothills Trail. With each of these runs, I get more inspired to push harder. If you're looking for info on the Georgia Loop, check out the North Georgia Runners group or the route on Fastest Known Time. It's really up to you to piece together the route, your crew or aid support, and how you're going to tackle it. This one was more mental than anything and is a great challenge for anyone wanting to push past the 10-14 hour mark which I think most 50 milers are around...well flat ones at least.