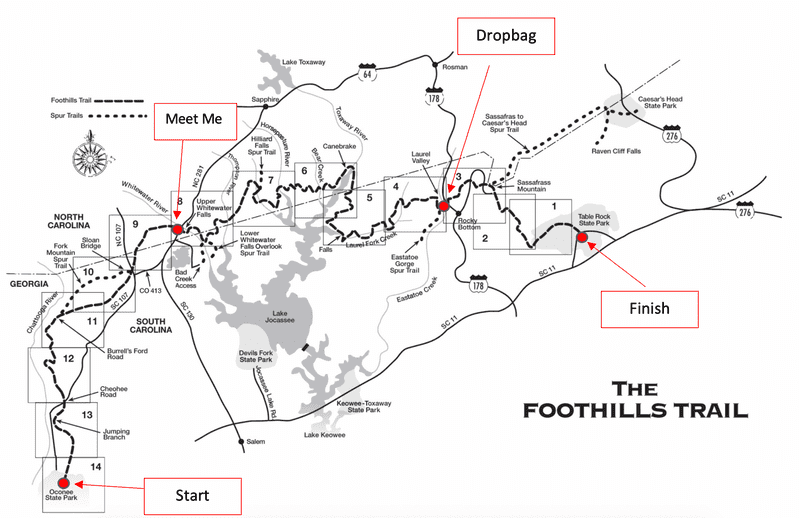 You may be like me and may not know much about the Foothills Trail. I've known about this trail for about 2 months after hearing about it on B.R.U.T.E.S. The Foothills Trail connects Table Rock State Park and Oconee State Park in SC navigating over many bridges and climbs as it winds across state lines giving you 76.2 miles and over 18K of climbing. As I did not know much about this or have ever been to the area before, this was definitely going to be my underprepared run just based on lack of knowledge about the trail. I was nervous and excited about this epic adventure. 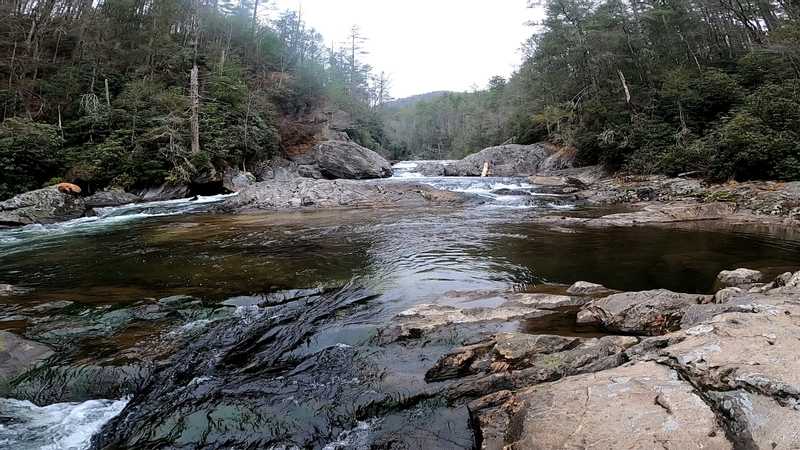 I decided to run the trail in the reverse direction of the traditional route. I opted to start at Oconee State Park and finish at Table Rock State Park. My thinking was to make it similar to other runs where the easy sections were early and make the run harder as the day goes on. I would recommend the other way because I think the traditional direction gives you better scenery during the day, but I did get to see an amazing sunrise as I finished. So there's pros and cons to both. I forgot to charge my watch before the run, so this was my first run going without any gps. Luckily there is a ton of trail signs that tell you where you are and how far you've traveled. So I used my clock on my watch and those signs to help with pacing. From my start, the first 16 miles are pretty, lots of flat trail covered in leaves and you're surrounded by tall pines and you're right by the river for most of it. I used this as time to get ahead on pacing. After you cross Burrell's Ford TH at mile 16.5 you start getting into some early climbing and I kept on until meeting my family at the Upper White Water Falls TH around mile 28. 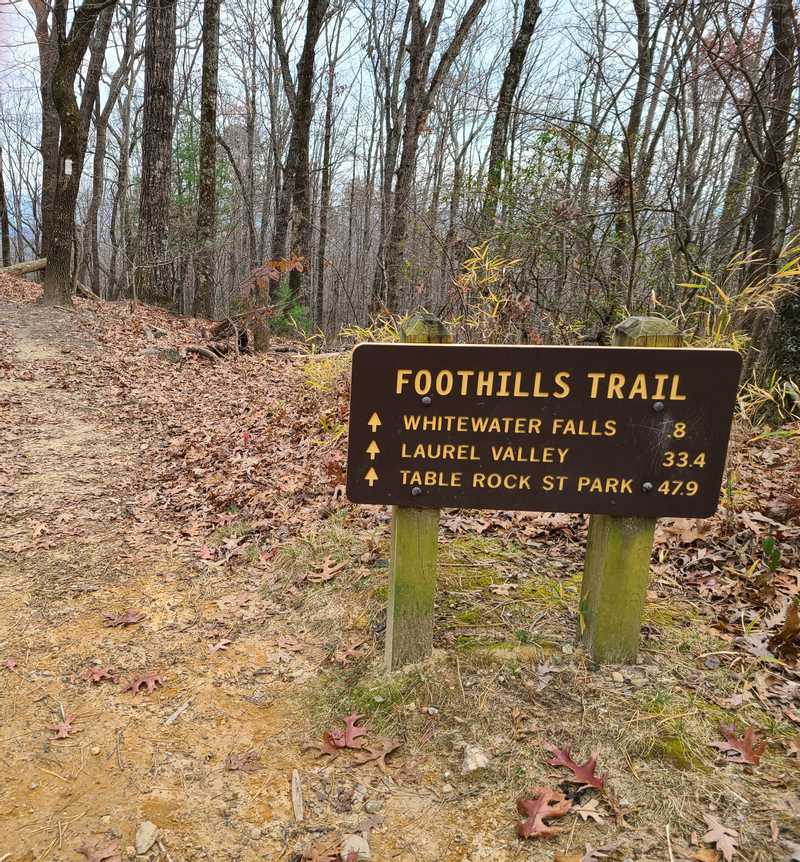 I feel like I should have more to say about those first 28 miles, but for me they were just about enjoying the day and went by really quickly. It was great to see my family. After a shirt change and taking down a sandwich and some fluids, I was on my way. I knew I had some tough sections ahead of me and wanted to get as far as I could before the sun set on me. One thing to know about the upcoming section is that its 33 miles to the next trailhead. So if you think you may bail, you better make that decision early. The minute I started my descent down White Water Falls, I was in my element. The steep, rocky descent was what I came for. It was probably my favorite part of running on Saturday. 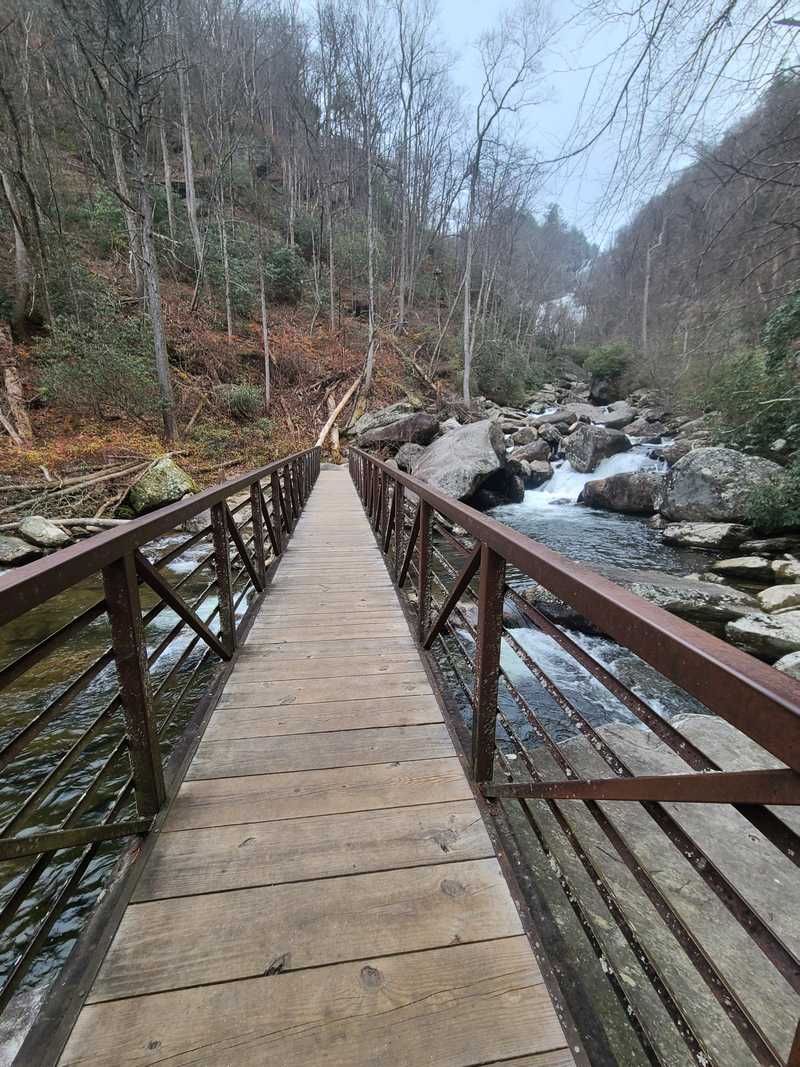 Once you get across the bridge, the trail takes you along the river for a while which was super scenic. You're on this till you get to the Bad Creek access point. This was great for me because I got to see a map of the route I was on. Phone service was extremely poor on the trail and I forgot to download a map of the trail, so I was just running from trail head to trail head and trying to keep track of everything in my head. There were so many times that I had no idea where I was, but just kept on moving and trusting the trail. 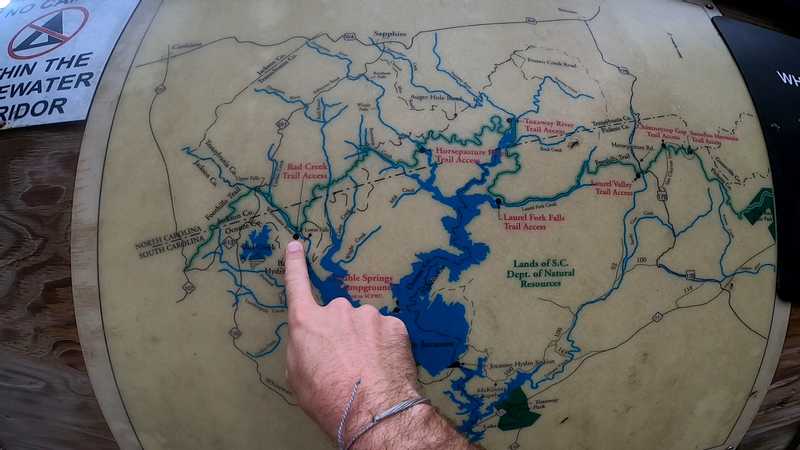 Looking at the map late in the day, I knew where I was. I knew I needed to get to Laurel Valley Trail Access before I would get another chance at aid where my drop bag was being left. Only 30 miles through the night to get there. I've ran through the night solo before, but this would be my first time without support and on trails I didn't know. There was a sense of panic when the sun was setting, but I knew that's why I came. I came for the adventure and the unknown. The next confidence marker would be at Canebrake Trail Access which would be 16 miles. As the rain settled in I just kept following the white blazes on the trees to get there. 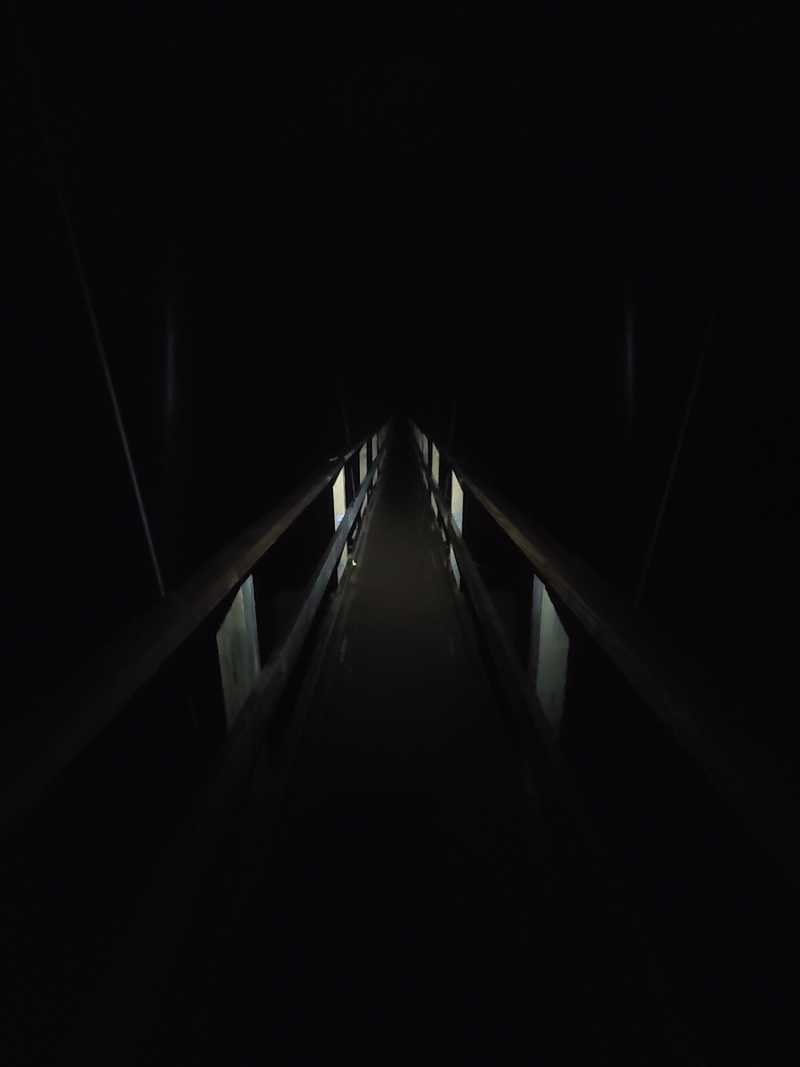 The sections that got me to the Laurel Valley TH were definitely tough. Most of the climbs were straight up sets of stairs but then the flats and downhills were really fast. That is up until you get to the Laurel Valley Preserve. I could tell this section wasn't as maintained as the others and the overgrowth made the miles slow. This was also the section where a bridge was out and I had the cross the stream and bushwack my way up and down the hills leading to the stream. But like all things, this came to an end. I was happy to be done with the Laurel Valley section. It was just really tough on me in the middle of the night when I was getting really tired. I knew from this point on I was going to get that finish - just 14.5 more miles to the end.

From Laurel Valley, you start some of the hardest climbing as you go up to the highest point, Sassafras Mountain. I was trying to get all of my mileage straight in my head as I was making my way through the fog in the early hours of the day. All of my mileage seemed to line up with trailheads and the mileage for Sassafras Mountain was the summit so I was relieved when I got there. That relief soon faded when I realized I didn't know where to go. From the direction I was coming from there was no signage directing you where the trail goes. I was at the summit with the observation tower with one sign pointing me where I came from and an unknown gravel road. I decided to walk around the spur trails and the gravel road looking for any sign of a trail. After about 30 minutes of this, I finally got enough signal on my phone to download a map. Then I realized the trail was on the other side of the observation tower - this was a point when poor planning was affecting my run. But once I realized this, I knew I had less than 10 miles to go. It was 5:15 in the morning I started to push even harder so I could get this done in 24 hours. 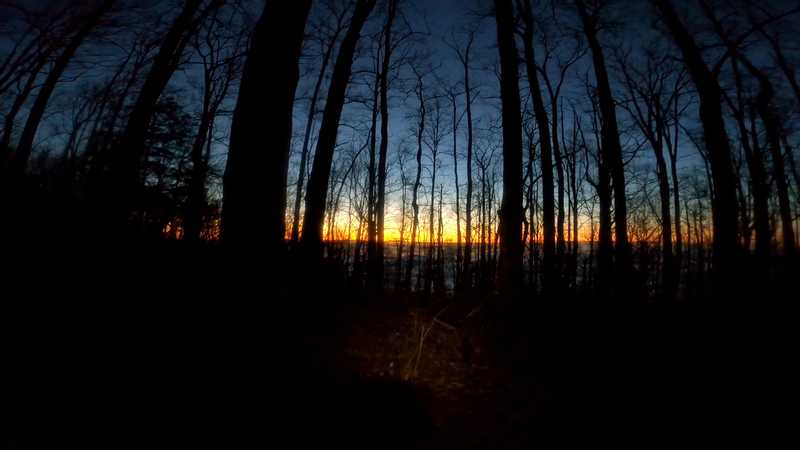 The last 9ish miles was really good mountain running. I was trashed but still having fun. The highlight was getting to see the sunrise as I was going past campers on Pinnacle Mountain. The whole time I was hoping to get a great view of the sunrise as it was coming up. There was a spur trail for the summit of Pinnacle Mountain, but I wasn't interested - I was ready to finish this thing. The route takes you over Bald Knob which was the best part of the run. Hitting that point at sunrise and seeing the sun coming over all the clouds from the low laying fog was amazing. I wish I had been moving faster through the night, but if I had, I would have missed this. 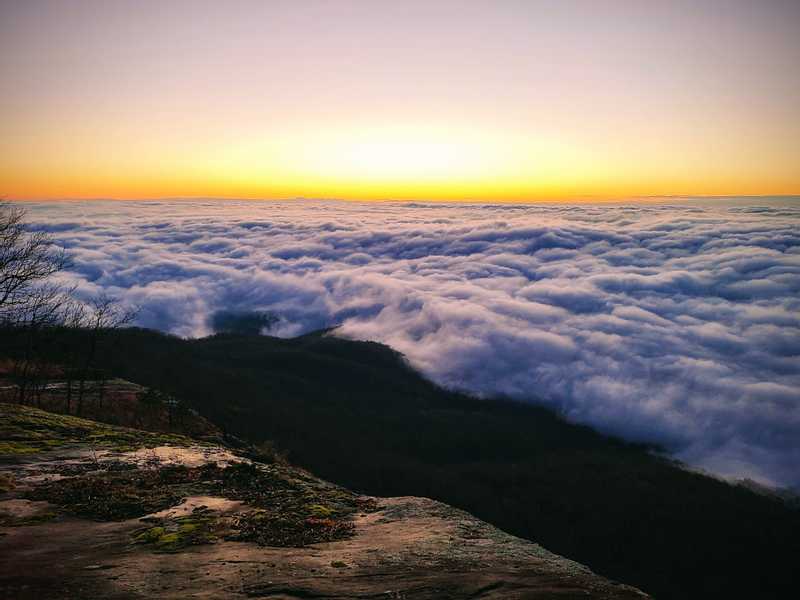 It was a good experience to fun the Foothills Trail. There were alot of firsts for me as I traversed the 76.2 miles of the entire trail. I had never gone close to 50 miles without support, never done an ultra without gps or internet service, and never relied soley on streams for filtering all of my water. I don't encourage people to take too many risks, but I feel like I was just on the edge of the line to still be safe and have a good adventure. I highly recommend doing this run. Before you do though, make sure you check out Foothills Ultra Trail Runs and Foothills Trails Official Site.